Leningradsky railway station (Leningradsky Rail Terminal, Ленинградский вокзал) is the oldest railway station in Moscow. It is one of nine railway stations of the city. Long-distance trains depart from the Leningradsky station to the north-west regions of Russia. The station serves trains leaving to the cities (coming from the cities): St. Petersburg, Pskov, Novgorod, Tver, Murmansk, Petrozavodsk and in Estonia (Tallinn) and Finland (Helsinki). 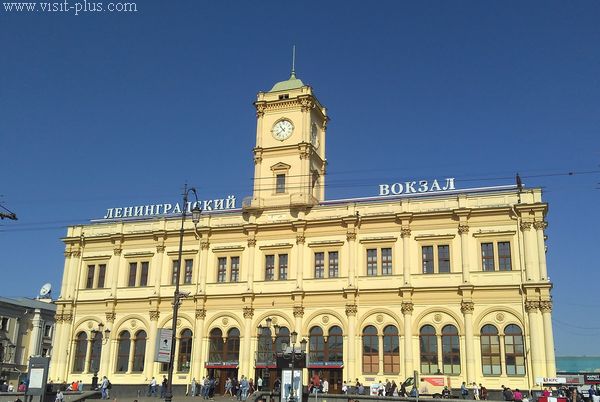 There are some places near the Yaroslavsky station in Moscow, which can be interesting and useful for tourists.

Find out how to get to and from Leningradsky train station.

Metro (subway) provide the best way to get from the station to attractions, museums and other popular places of interest in Moscow. For example, get on the Sokolnicheskaya metro line (line 1; the red line on the maps) to Okhotny Ryad or Lenin Library stations to travel to the Kremlin and the Red Square.

Sheremetyevo Airport can be reached by aeroexpress train from Belorussky Railway Station (Belorusskaya metro station) or by bus from the metro stations Planernaya or Rechnoy Voksal.

Domodedovo airport can be reached by train from Paveletsky station.

Vnukovo airport can be reached by aeroexpress train from Kievsky railway station, or by bus from the metro stations Yugo-Zapadnaya or Octyabrskaya.

Station Location is shown on the map at the bottom of the page.