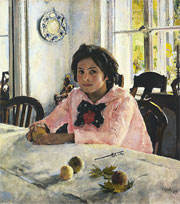 The founder of the Tretyakov Gallery is a private person, Pavel Tretyakov. He started his collection of paintings in the mid-19th century. The Tretyakov Gallery founding year is considered to be 1856 (although the first art works were acquired earlier). Tretyakov Art Gallery was opened for public in 1867. Then its name was Moscow City gallery by Pavel and Sergei Tretyakov. At that time, the museum's collection contains has 1276 paintings, 471 drawings, 10 sculptures of Russian artists; 84 paintings made by artists from other countries. Pavel Tretyakov donated his art gallery to the city of Moscowin August 1892.

On the photo: Girl and peaches painting by Valentin Serov.

It is possible to see such famous works of art as Andrei Rublev's Trinity icon, The Appearance of Christ before the People by Alexander Ivanov, Ivan the Terrible and His Son Ivan by Ilya Repin, The Apotheosis of War by Vasily Vereshchagin, Kazimir Malevich's 1915 Black Square, "Girl with Peaches" by Valentin Serov and many other works of famous artists in the museum.

It is believed that the main building of the Tretyakov Gallery is most often visited by tourists. Branch of the museum on Krymsky Val frequently visit interested in contemporary art Moscow residents and foreigners living in Moscow. 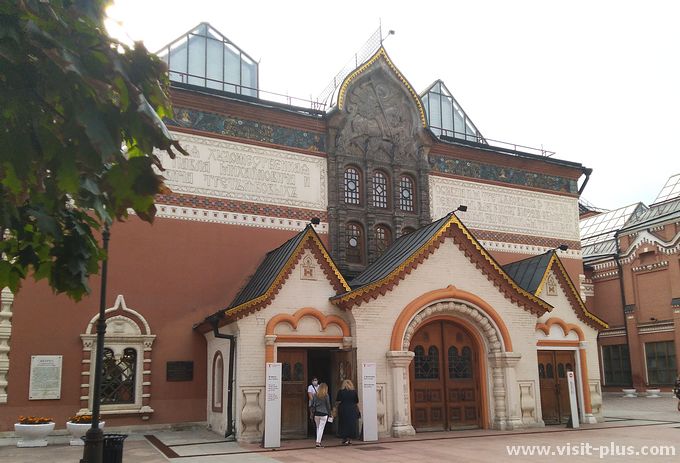 You can search for tours to the museum and skip-the-line tickets here. here.

Check the Tretyakov Gallery location on the Moscow map.

Metro stations location can be seen on Moscow metro map.

If you have visited the Tretyakov Gallery in Moscow, please share your impressions in the comments at the bottom of the page please. Everyone would like to know your opinion about the museum.