Tarragona is a city, located on the Mediterranean coast of Spain, in the autonomous region of Catalonia. It is the administrative center of the Tarragona province. Distance from Tarragona to Barcelona is about 100 kilometers. Tarragona is the largest city on the “Costa Dorada” resort coast (about 130,000 inhabitants). The city has many historical monuments. Tarragona is one of the most popular tourist destinations in the north-east of Spain.

It is believed that the city was founded by the Romans in the third century BC. Long before the arrival of the Romans a settlement was here called Kesse (the exact location of this settlement is unknown). The Romans made the Tarraco city an important center of Roman Empire. Many buildings and military fortifications were built in the city. Part of built by the Romans structures are still preserved. Some architectural monuments of the Tarragona were included in the UNESCO World Heritage list in 2000.

Mediterranean coast near the city of Tarragona is a popular place for summer holidays for inhabitants of many European countries. There are many nice beaches, comfortable hotels and campsites on the coast. Bus service connects the city with other settlements. The railway connects Tarragona with the Valencia and Barcelona cities. The nearest airports are located in Reus and Barcelona.

Tarragona city center is located on the hill, which is up to 69 meters tall above sea level. Most of attractions are located in the central part of the city. “Imperial Tarraco” square (Plaça de la Imperial Tàrraco) can be considered as city central square. Tarragona bus station is located near the square. There are also two shopping centers nearby. Rambla Nova is the most famous street of the city. It is laid from the square to the sea shore. Most of the Tarragona attractions are located to east of the street. At the end of “Rambla Nova”, on a high sea bank, is a small square named “Mediterranean balcony”.

Location of many attractions and other interesting places marked on the map of Tarragona. 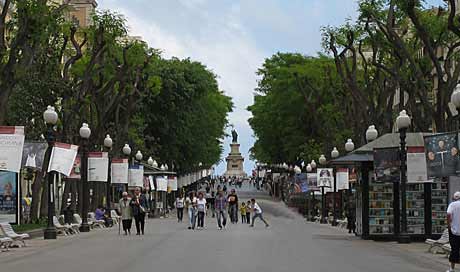 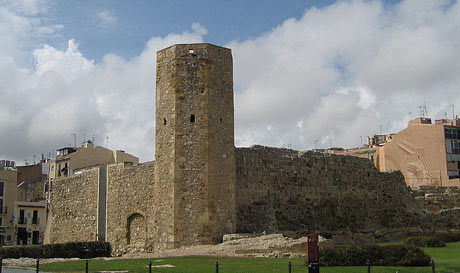 Reus Airport. Reus Airport (Aeropuerto de Reus) is located at a distance about 7.5 kilometers from the city of Tarragona. Airport serves a large number of tourists. The airport served more than 700 thousand passengers in 2015. Address: Autovía Tarragona-Reus, Reus, Tarragona, Spain. The airport has a bus service to Barcelona and the Salou resort.

Bus station. The bus station is located in the city center, next to the Plaza Imperial (Plaça de la Imperial Tàrraco). Tarragona can be reached by bus from many resort towns on the coast, as well as from Barcelona. Address: Calle Pere Martell, 1, Tarragona (Catalonia).

Train Station. The train station of Tarragona is located in the central part of the city, near the port. The station is located on the railway line, which connects Barcelona and Alicante. Also, the station serves the night train to Granada and Madrid. 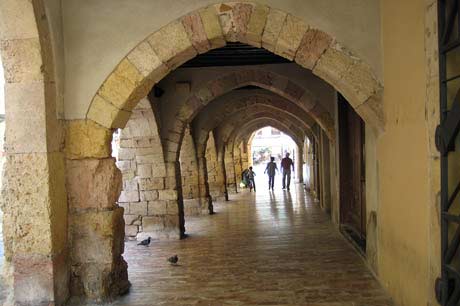 The city of Tarragona has a large number of hotels. There are comfortable Four-Star hotels for wealthy tourists as well as cheap hotels and hostels in the city and next to it. You will be able to find the right hotel for yourselves.

For example, hotels are located in the city center:

Here you can find a tour from Barcelona to Tarragona and tickets to an amusement park. 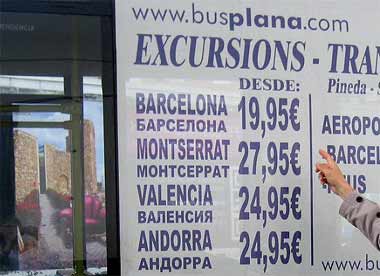