Metro station “Kitay-gorod” in Moscow is located in the city center, under “Iljinskaya” square, at a distance of about 700 meters to the east of Kremlin and “Red Square”. The station is located on the territory of Tverskoy region of the Central Administrative District of Moscow. Near the station are located Moscow main attraction.

In fact, the metro station “Kitay-gorod” is two stations, which are located on two lines of the Moscow Metro: Kaluzhsko-Rizhskaya line (line 6, the orange line) and Tagansko-Krasnopresnenskaja line (line 7, purple line). Stations are connected by passages and form a cross-platform interchange node. 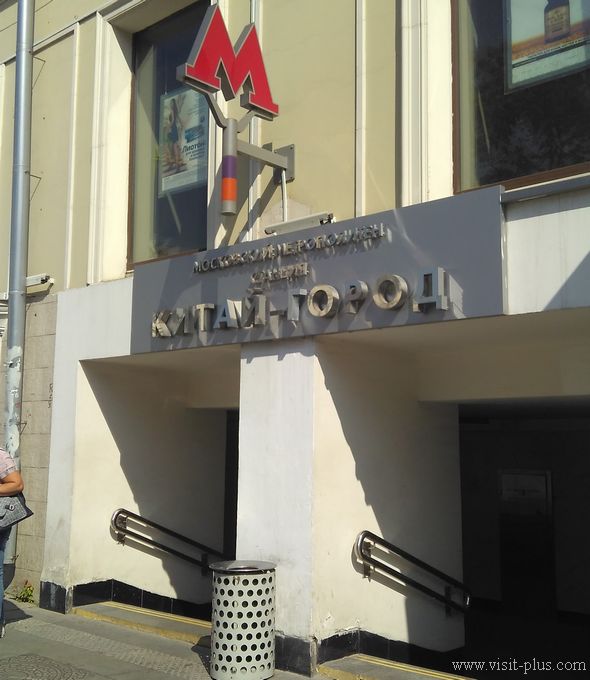 Metro station “Kitay-gorod” was opened January 3, 1971. Until November 5, 1990 the station was called “Nogin Square”. The modern station name comes from the historical name of the region of Moscow, on the eastern border of which the station is located. Underground stations halls are located at a depth of 29 meters.

Metro station “Kitay-gorod” is the first in the Moscow metro station with a cross-platform traffic management scheme.
In this scheme, one train station hall serves two metro lines in one direction; the second hall serves the trains of two subway lines that follow in the opposite direction.

There are some places of interest, located near the metro station “Kitay-gorod” in Moscow: