Attention! The park is home to several species of animals. Entrance to the park with dogs is prohibited.

Lomonosov is a small town, suburb of St. Petersburg. Until 1948, the city was called Oranienbaum. 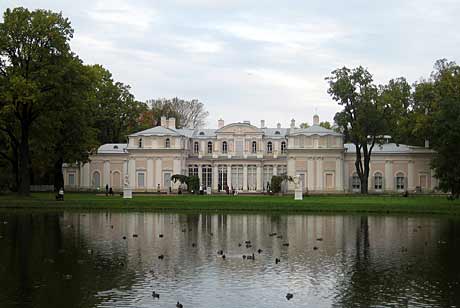 The park overall information for travelers

Oranienbaum Park is a great place where you can wander along the paths among the trees. You can make great pictures on the background of the palaces and ponds here. You can see a ducks, the peacock or a deer. Two parts of the park are built in different styles. This gives the opportunity to see in one place the various styles of garden art. It is possible to see beautifully executed copies of famous antique sculptures in the park. A good weather is the only condition necessary to enjoy a walk in the park. Check the weather forecast in advance.

The land on which the park is located, was donated by Peter I the prince AD Menshikov at the beginning of the XVIII century. The oldest and largest palace in the park is called Menshikov Palace. Later, the park has been owned by various famous people, including Emperor Peter III, the Empress Catherine II and Emperor Alexander I. The dimensions of the park and the luxury of palaces meet the requirements of their respective owners.

The park covers a large area, which has many convenient for walking tracks, several ponds and some enclosures with animals. There are several palaces and buildings of the XVIII century in the park. The park and buildings are under control of the "Peterhof" museum.

The photograph depicts the Menshikov Palace and Lower Garden in Oranienbaum park. 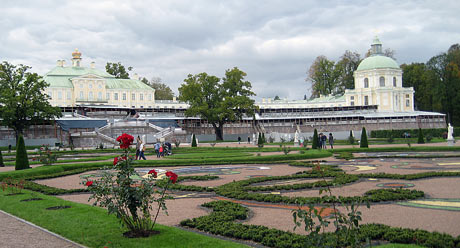 There are many interesting sculptures, copies of antique sculptures of ancient Greece in the park. Only two of them are shown on photographs.

Sculpture of Cupid and Psyche is located near the Chinese Palace in Oranienbaum. It is a copy of the ancient original of II century BC. 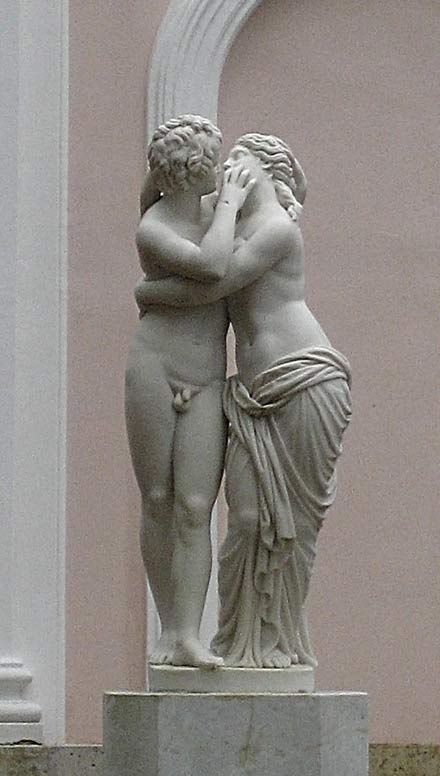 Sculpture of Apollo Belvedere. It is a copy of the ancient original, made in the middle of IV century BC. 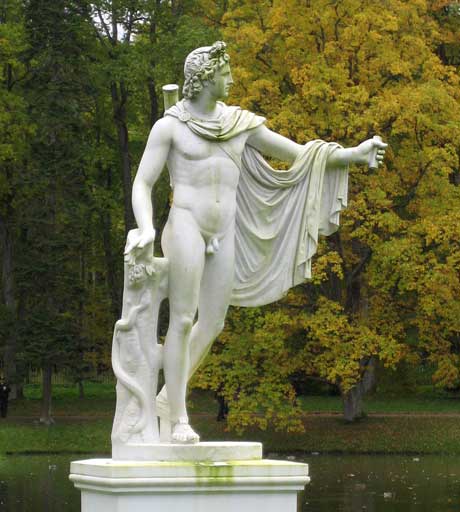 There are several aviaries with wild animals in the southeastern part of the park. 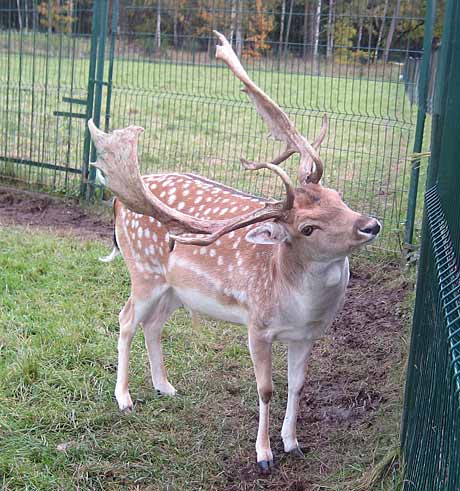 How to get there?

It is possible to get to the Oranienbaum Park by various modes of transport.
On the train from St. Petersburg Baltic station to Oranienbaum-2 station.
By bus №200 from "Avtovo" metro station, or by minibus K-343 from the metro station "Prospekt Veteranov".
By car along the Peterhof Highway and then through Strelna and Peterhof. It will be more convenient to reach by car on the ring road at the dam for residents of the northern districts of St. Petersburg.