Traveling is a popular way of spending free time with tourists from the United States. Where to go abroad on a trip this year? We have prepared an overview of the most popular countries and cities for American tourists to help you plan your next trip to Europe. As surveys show, American tourists abroad are interested in big cities, historical sights, museums, delicious food, good wine, night clubs.

Europe is very popular with American tourists. Also, tourists are interested in traveling to the Caribbean islands, to Canada, Mexico and Oceania. But most Americans travel around their country. 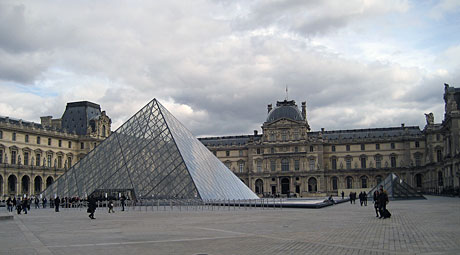 The most popular European tourist countries in Europe are Italy, France, Britain, Spain, Switzerland and Greece. Most tourists from the US plan to visit the famous tourist cities in Europe, such as Paris, Rome, London, Venice, Berlin, Barcelona. In these cities there are many interesting places for curious tourists. Many recommendations you will find in guidebooks and information points for tourists. See also: popular tourist destinations in the world.

If you have already visited these famous cities, this does not mean that there are no interesting places in Europe for you. You will find many interesting things for yourself and in other European cities, for example, in Stockholm, Amsterdam, Munich or Helsinki. Tourists from the USA rarely visit less well-known tourist centers in Europe. Think about not visiting Tallinn (an interesting old town), St. Petersburg (a popular tourist destination this year), or Moscow (the capital of Russia).

At the same time, the main feature of the US tourist market remains: the majority of US residents prefer to travel in their own country.