How to get to Tallinn

Tallinn is a very interesting city for tourists. It can be recommended to visit it at least once for all lovers of travel. How to get to Tallinn? Here is some information and tips.

Do not forget to book a hotel!

The distance between Stockholm and Tallinn is about 420 kilometers. Tallinn can be reached by ferry or by airplane from Stockholm to (and from Tallinn to Stockholm).

Ferries run daily between Stockholm and Tallinn. Transportation of passengers and cars is performed by several companies on this route. The journey takes 15-20 hours. You can have a good time on the ferry while traveling. Ferry terminals in Stockholm are located about 1.5 kilometers from the Old Town. The ferries of the Tallink, Viking Line and Eckerö Line companies make regular passenger traffic between Helsinki and Tallinn. Travel time varies from 2 to 4 hours. The ferry terminal in Tallinn is located next to the old city. Ferries can depart to Helsinki from different places (specify when buying a ticket). The ferry ticket can be bought online (on the Internet).

The South Harbor (Eteläsatama) is the city center, next to the market square.
The Olympic Terminal is its southernmost terminal. Address: Olympiaterminaali, Olympiaranta 1, Helsinki.
It is used by Silja Linen car ferries. Ferries to Åland and Stockholm are operated by the Helsinki South Harbor Terminal.

The Makasiiniterminaali is located to the north of the Olympic Terminal, next to the market square. Address: Eteläranta 7, Eteläsatama, Helsinki, Finland.
Linda Line shops depart from the Makasiiniterminal to Tallinn.

The port of Katajanokka has busy liner connections to Tallinn and Stockholm.
The Katajanokka Terminal is used by Viking Line ferries.
Address: Katajanokanlaituri 8 (Mastokatu 1), 00160 Helsinki.

From Tallinn to Helsinki, you can also get by plane, but this is less convenient mode of transport in this case.

The distance between Moscow and Tallinn is about 870 kilometers (in a straight line). The length of the route when traveling by car is about 1050 kilometers.

You can get there by rail from Moscow to Tallinn. Train №034A "Baltic Express" follows the route Moscow - Tver - St. Petersburg - Tallinn. The journey takes about 16 hours.
Trains depart from the Leningradsky railway station in Moscow daily. The railway station in Tallinn is located next to the old city.

Buses of several transport companies carry passengers on the route Moscow - Tallinn. Bus routes can be laid with a transfer in St. Petersburg, Pskov or Riga. Travel time is from 15 hours. Buses can depart from Tushinskaya station. Specify information when buying a ticket.

The plane is the fastest way to get to Tallinn from Moscow. The flight time on a direct flight is about 1.5 hours. Flights with transfer can be performed through the airports of St. Petersburg, Riga or Helsinki. 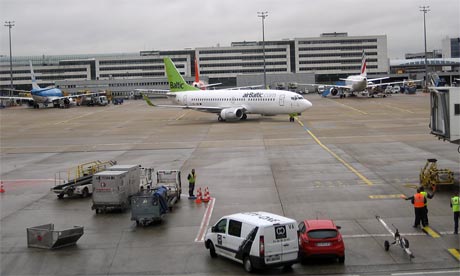 The distance between St. Petersburg and Tallinn is about 360 kilometers. Tallinn can be reached from St. Petersburg by bus, by train, by plane and by car.

Bus transportation on the route St. Petersburg - Tallinn is carried out by several transport companies. Travel time is approximately 6 - 7 hours. The bus goes through the border crossing point of Narva / Ivangorod. The bus can depart both from the bus station (embankment of Obvodny Canal 36), and from other places in the city (specify the information when buying a ticket). The bus station in Tallinn is located about 1.7 km from the old town.

Tallinn can be reached by plane from St. Petersburg. Direct flight takes less than an hour. But you will have to spend time on the way to the airport and from the airport, as well as to pass all the usual procedures for the airport.
Tickets for the plane you can buy online (on the Internet).

Tallinn can also be reached by ferry from St. Petersburg. St. PeterLine company provides transportation of tourists along the route, which includes visits to Helsinki, Stockholm and Tallinn (changes are possible). Tourists will not only get to the place they need on the ferry, but can also have a good time.

You can also travel to Tallinn from St. Petersburg by car. Your route: St Petersburg, Tallinn highway, Ivangorod, Narva, Tallinn. The cities of Ivangorod and Narva are divided by the Narva River, along which the state border passes.