The bus station is the place of departure and arrival of many regular long-distance and international bus routes. Buses leave for more than 70 directions from the bus station of St. Petersburg. Bus routes connect St. Petersburg with the cities of the Leningrad region, Moscow, the cities of the Republic of Karelia, Novgorod and Pskov regions, the Stavropol Territory and other regions of Russia. You can also get on the bus to Finland, Estonia, Latvia, Belarus and other countries.

Not all long distance and international buses leave from this bus station. Some buses leave from bus stations at Parnas metro stations (buses to Vyborg) and Devyatkino (North Bus Station) and from other places in the city. Check the place of departure when purchasing the ticket.

The bus station of St. Petersburg is located to the southeast of the city center on the Obvodny Canal embankment. The distance from the bus station to Nevsky Prospekt (Ploschad Vosstaniya square) is about 2 kilometers.

The nearest hotel to the bus station "Kievskaya" is located about 100 meters away. Address: Dnepropetrovskaya street, 49, St. Petersburg.

You can see the bus station location on the map at the bottom of the page and on the map of St. Petersburg.

Buses leave for many cities from the station. Periodically, new routes appear, and some routes can be canceled (or transferred to other places of departure). Therefore, we can not give here a list of routes and timetables for buses. Use online services to search for buses and buy tickets. The most popular destinations can be considered the routes in the direction of the cities of Moscow, Nizhny Novgorod, Pskov, Tallinn, Riga. 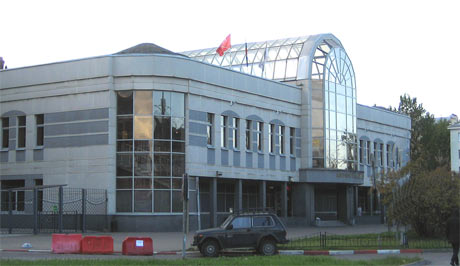