The Moscow Metro has 15 lines and 230 stations (2019, excluding the Monorail line and the Moscow Central Ring railway line). Underground lines have radial-ring structure (in accordance with the historical layout of Moscow). Radial-ring scheme means that most of the lines cross the territory of the city in different directions, passing through the central part of the city (radiate from the city center). There is also a circular subway line that connects the radial lines. Many stations of the Moscow metro has free wireless internet (Wi-Fi). Most Moscow metro stations open for entrance of passengers from 5:35 to 1:00. (Stations operating mode can be changed during some holidays.)

Construction of the metro in Moscow began in November 1931. The first line was opened on 15 May 1935. The construction of new metro stations in Moscow continues. New stations are opened every year. New subway lines are under construction. Development plans of the Moscow subway agreed with the plans of land transport development, in order to create the most convenient for passengers’ transportation infrastructure of the city. Metro lines will be extended for adjointed in 2011 territory (New Moscow).

The fare on the Moscow metro

The simplest recommendation for tourists how to pay the fare: buy a "Troika" card at the box office and charge the required amount on it. Use the card to pay for the metro, bus, tram. Return the card to the cashier after the end of your trip to Moscow (and get a deposit back).

It is possible to pay the fare in the Moscow metro (2019) using contactless cards and tickets of different types. Some of the types of tickets are valid only in the metro. Some cards and tickets can be used in buses, trams and trolleybuses. There are also tickets with validity period of 90 minutes. The cost of a trip is from 28 to 60 rubles (depending on the amount of a lump sum paid by the travel and ticket type).

Travel tickets are recorded electronically on a paper ticket or on a Troika transport card (the most popular options).

Payment methods are developing rapidly. You can pay for travel (for example) using some bank (contactless) cards and using smartphones with Apple Pay and Samsung Pay. 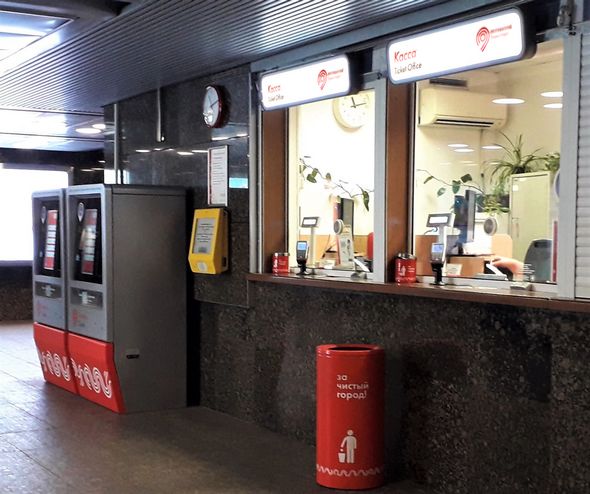 On the photo: subway ticket offices (on the right), a vending machine for buying and replenishing transport cards (on the left) and a device for checking the balance of the card (yellow, in the center).

"Troika" transport card is an electronic card to pay for travel on public transport. "Troika" card deposit value is 60 rubles. (Deposit may be returned when you return the card to the cashier.) Any type of ticket can be recorded on the "Troika" card.
The “Wallet” ticket allows you to make trips within the limits of the pre-paid amount. One trip by metro, bus, tram or monorail - 38 rubles.

"Yediniy" ticket. Ticket (single, united for different modes of transport) allows you to travel on the metro, monorail, bus, trolleybus or tram. The ticket is valid on the entire territory of Moscow, including the zone B. The validity of the ticket "Yediny" is: 1 - 2 travel - 5 days (including the day of the sale), 20 - 60 travels - 90 days. (1 trip - 55 rubles.)

"90 Minutes" ticket. The ticket allows you to make one trip on the subway or monorail and unlimited number of travels in the ground transportation for 90 minutes. 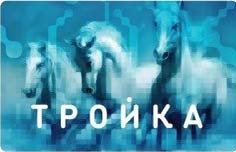 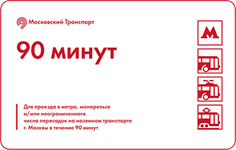 Check the information on the official website of the Moscow Metro: http://mosmetro.ru.

There are some metro stations most popular among tourist: Ploschad Revolutsii, Alexandrovsky Sad, Arbatskaya, Okhotny Ryad, Vorobyovy Gory, Theatralnaya, Tretyakovskaya and some other stations. 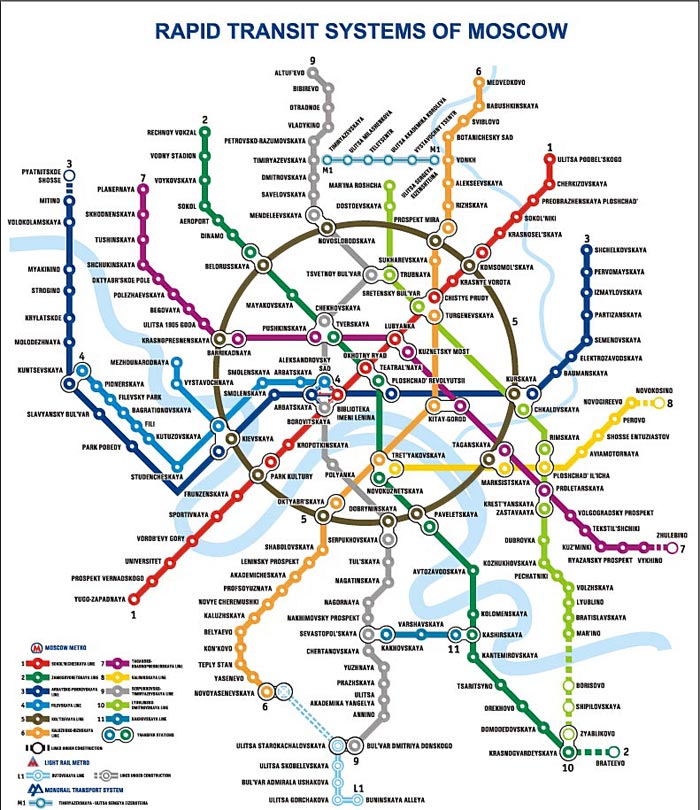