Zoological Museum in Saint Petersburg is a division of the Zoological Institute of the Russian Academy of Sciences. This is one of the oldest museums in St. Petersburg and the oldest zoological museum in Russia. It's one of the ten largest nature history museums in the world. The first museum exhibits were purchased by Peter the Great in 1716. The museum was founded in 1832, after the separation part of exhibits from the collections of the “Kunstkammer” museum.

Zoological Museum presents all groups of animals existing in the world. The museum has about 30,000 exhibits: mammals, birds, snakes, shellfish, corals and insects. In the museum, there are also available exhibits, which give an idea about animals, which went extinct many thousands years ago. The total number of the exhibits exceeds 30 thousand, and total exhibition area is 6000 square meters.

The museum has a unique collection of exhibits dedicated to the mammoths. Visitors can see the unique stuffed mammoth, mammoth calf in the museum. The remains of ancient animals have been found in Siberia. Animals are well preserved because of the permafrost.

The museum is located in the city center, in one of the most beautiful places of the city on Vasilevsky Island.

Ticket prices (2016): 200 rubles, for students and pensioners - 100 rubles.
The third Thursday of each month - the entrance to the museum is free.

Check the information on the official website of the museum: www.zin.ru 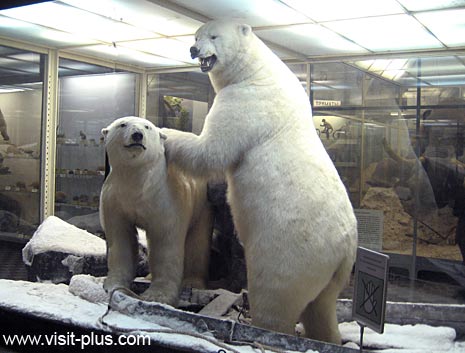 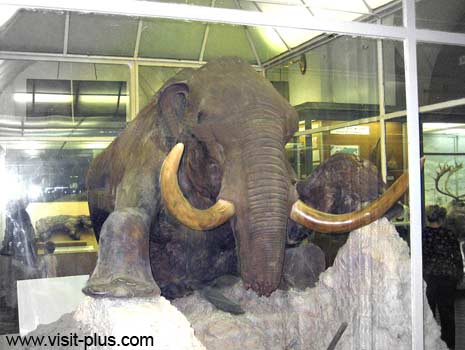