Metro station “Ploschad Revolyutsii” (Площадь Революции) is located in the heart of Moscow, very close to many famous attractions and popular tourist places. The station is also known due to located in the underground hall sculptures. 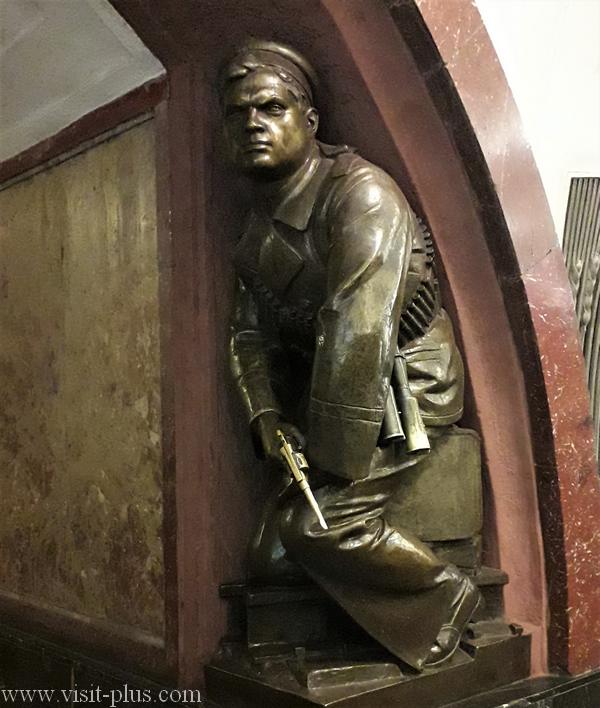 Metro station “Ploschad Revolyutsii” is a station of Moscow Metro Arbatsko-Pokrovskaya line. It is located between stations “Kurskaya” and “Arbatskaya”. The station has a transition to the station “Teatralnaya” of “Zamoskvoretskaya” metro line, from which is possible to go to the station “Ohotniy ryad” of the Moscow Metro “Sokolnicheskaya” line.

The station was opened on 13 March 1938. Entrances to the metro station are located next to the “Ploschad Revolutsii” square (Revolution Square, this explains the choice of the station name). The station was built by the architect AN Dushkin.

The station has two ground vestibules. West vestibule is located at the Revolution Square and is shared with the station “Teatralnaya” (vestibule has entrance to the “Ploschad Revolyutsii”, and the “Teatralnaya” stations). East station vestibule is built building, located on the corner of “Bogoyavlenskii Pereulok” and “Nikolskaya” streets. 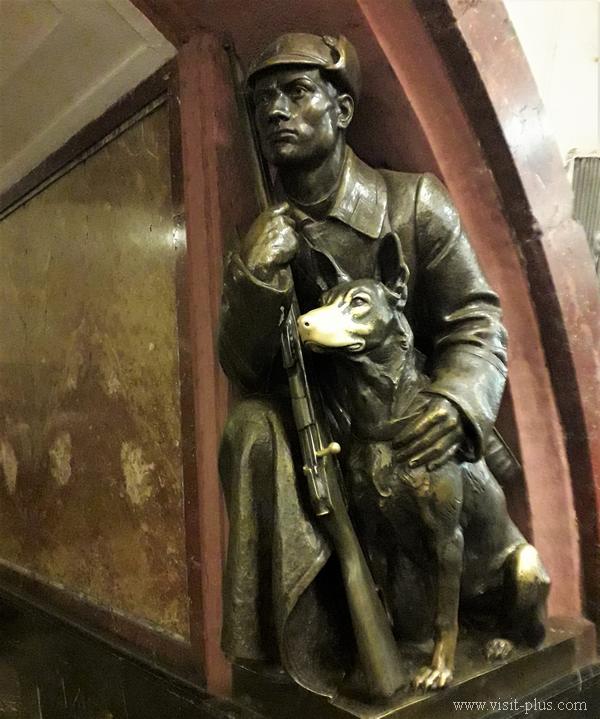 A distinctive feature of metro station “Ploshchad Revolution” is located in its underground hall bronze sculptures. Total number of sculptures is 76. (18 sculptures are repeated four times, and two - twice.) Sculptures were made in Leningrad, in studio of art castings under the supervision of sculptor M. Manizer.

With some of the sculptures involve some beliefs. For example: in order to be sure to pass an exam, you need to rub the sculpture "Border guard with a dog" dog's nose; if you touch the gun of the “revolutionary sailor” sculpture, the day goes well.

There are some places of interest, located near the metro station “Ploschad Revolyutsii” in Moscow: