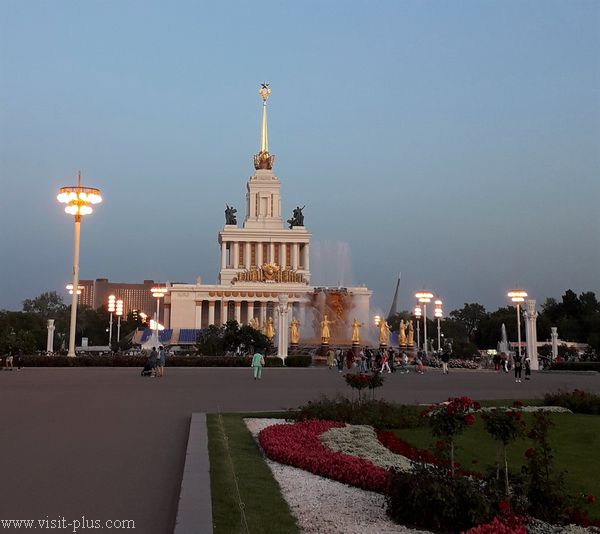 VDNKh Exhibition Centre is located on the north-east part of Moscow, at the intersection of “Prospect Mira” and “Prospekt Cosmonauts” streets. The nearest metro station is “VDNKh”.

The exhibition center was opened in 1939. During its exis tence it repeatedly changed names (Agricultural Exhibition, Exhibition of Achievements of National Economy of the USSR, Russia Exhibition Center, VDNKh). 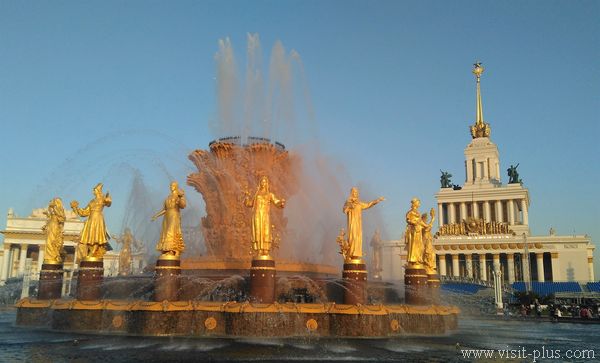 On the photo: Fountain The Friendship of Nations at VDNH. 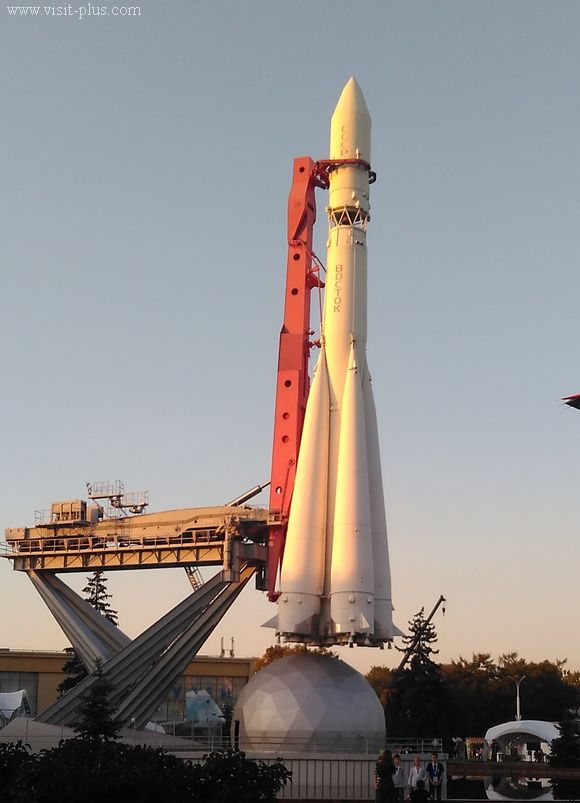 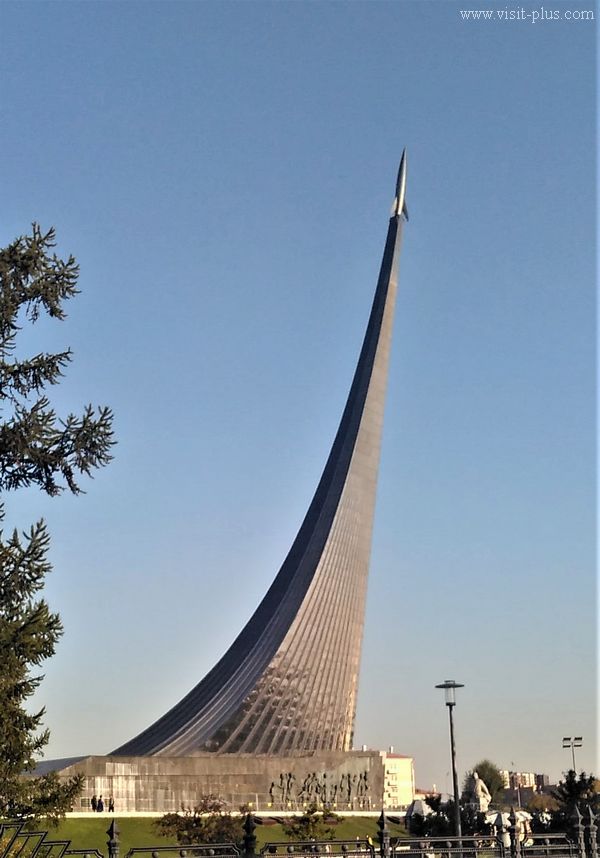 On the photo: Monument to space explorers near VDNH in Moscow.