Decree on establishment of the university in the city of Moscow was signed by the Empress Elizabeth, January 12, 1755. This Day in Russia is considered a holiday of all students (Tatiana's Day).

Moscow State University is the largest institution of higher education in Russia. The University has at its disposal more than 600 buildings, including the main building on the Lenin (Vorobyovy) Hills. Total area of ​​the university is about 1 million square meters. The territory occupied by the university in Moscow is 205.7 hectares. 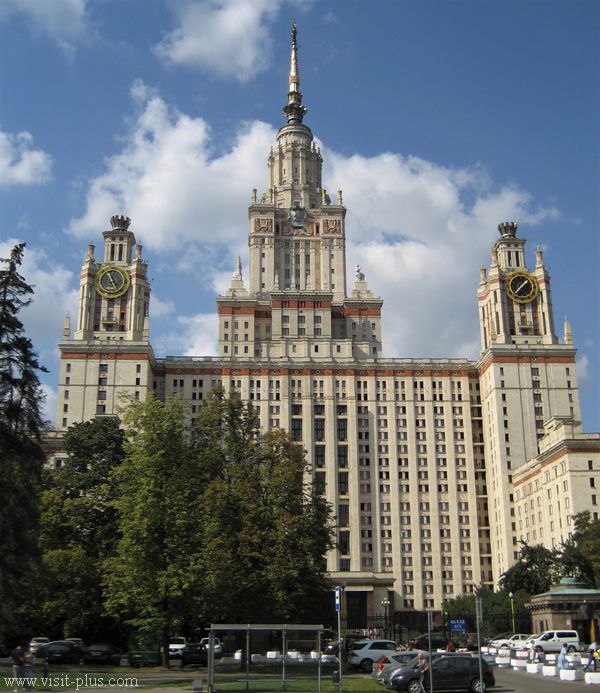 Moscow University is the largest scientific center. The university library is one of the largest libraries of Russia.

Residence for students of the university has its own hostel. In the dormitories with a total area 292 thousand square meters is home to about 15,000 undergraduate and graduate students.

Moscow University is a partner of St. Petersburg University. The University maintains contacts with many universities in different countries.