Layout of Russia in St. Petersburg

Grand Maket Russia (Гранд Макет Россия) is one of the most visited by tourists’ places in St. Petersburg. Grand Maket Russia is layout, which presents all regions of Russia, the most famous cities, places, attractions of Russia. The model is made in scale 1:87. The model area is 800 m2. (The area of Russia is 17,125,407 square kilometers). This is a greatest layout in Russia (2015).

The layout is located in a separate building near the Moskovskie Vorota metro station. Landscape created using plaster.

There are not only the territory, nature, cities and interesting places presented on the layout. The layout shows the various activities. Moving people, trucks, machinery models are made for this purpose. 2500 meters of rails, 2700 models of tiny figures are used on the model. There is a change of day and night on the layout (lighting changes) every 13 minutes.

The museum "Grand Model of Russia" was mentioned in the list of the top 10 museums of Russia (according to user reviews of the tourist site TripAdvisor) and in the top 10 of the most photographed places in Saint-Petersburg in 2014. The official museum opening took place on June 8, 2012.

Place on Vasilyevsky Island on the layout. It is one of the most beautiful places in St. Petersburg.(You can compare with the original photo.) 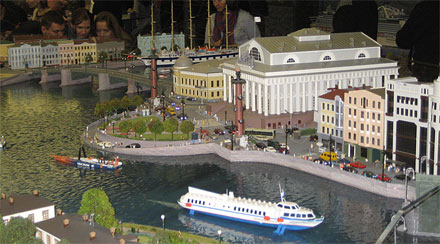 Layout of wooden church in Kizhi on Lake Onega. 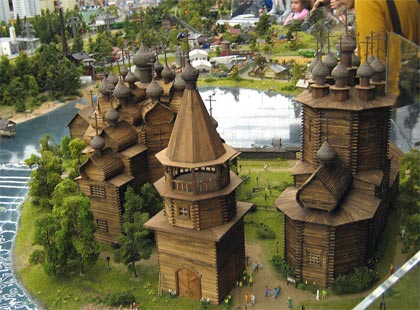 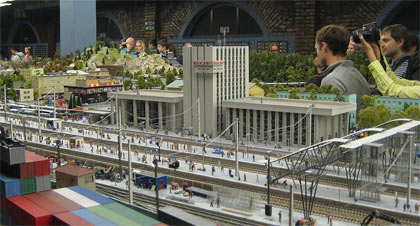 Naval Station in Sochi on the layout of Russia (You can compare with the original photo).

More information about Sochi (beaches and the sea in the summer, in winter downhill skiing). 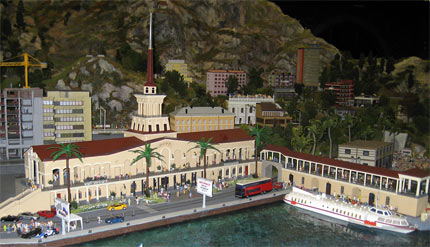