The bridge across the Kerch Strait

The bridge across the Kerch Strait connects the Crimea and the Russian mainland. It is a very important subject, both for the residents of the Crimea, as well as for tourists. The bridge provide safe transportation from the peninsula with the other regions of Russia. Crimea also is connected to the mainland by ferry now. Peninsula is connected to the mainland by the Isthmus of Perekop (to the territory of Ukraine). Tourists from Russia will be able to easily get to the resorts of Crimea on the bridge by car. 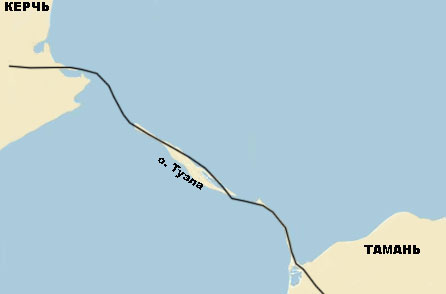 View of the bridge and the Kerch Strait from space.

You can drive across the bridge (see the bridge) by yourself on a rented car or by bus. The nearest airports are located in the cities of Simferopol, Anapa, Krasnodar. You can buy a ticket on the plane here.

Russia-Crimea bridge linking Russia and the Crimean peninsula is the longest in Europe. In length, it exceeds the Vasco da Gama bridge in Portugal