The most popular ski resorts in Finland

There are many ski resorts in Finland around the country. Here you will find information about some of the most popular here. On the website you can also find information about the weather, book a hotel room, rent a cottage near the slopes, buy plane tickets and sometimes order a taxi in advance (from some airports). 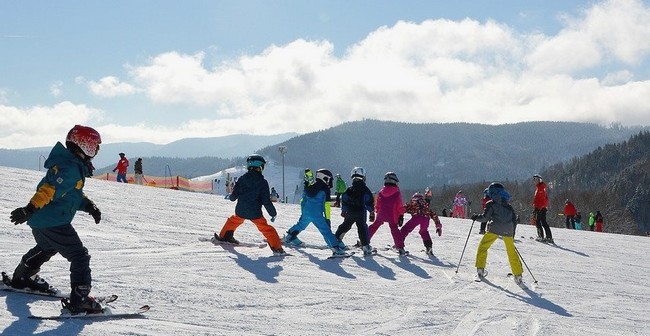 According to the Finnish Ski Center Association.

Messilä is downhill skiing, tourism and leisure center. Messilä is the largest ski center in southern Finland. The greatest height difference is 111 meters. The longest slope is 950 meters long.
The ski center is located near the town of Lahti (Hollola). Distance from Helsinki (by car) about 100 kilometers (by car E75).
Hotel Messilä offers accommodation next to the slopes.

The Sappee Ski resort has 12 slopes. The greatest difference in height is 120 meters. The longest slope is 850 meters long.
Distance from Helsinki - 160 kilometers. Distance from Tampere - 50 kilometers.
For accommodation you can choose Sappee Chaletsin apartments or holiday cottages.

Talma Ski is one of the closest ski resorts to Helsinki. The ski center has a large children's slope, a snowboard park, and a half-pipe.
Talma Ski Center is located about 30 kilometers from Helsinki, near the town of Kerava.

Vihti is the largest ski center in the Helsinki area. The longest slope is 650 meters long.
Distance from Espoo city is about 30 kilometers (45 kilometers from the center of Helsinki on the road to Turku). In winter, SkiBus also runs from Helsinki to the ski center.

Mielakka has been chosen as the local slope of the year 2021. Mielakka Ski Center is located near the center of Kouvola in the Mielaka district. The distance to the city center (Kouvola Travel Center) is about 3.5 kilometers.
Mielakka Slope Center has seven illuminated and cannon-covered slopes. Mielakka's maximum height difference is 71 meters. The longest slope is about 350 meters long. A beginner can try the free Practice Slope. In addition, the area includes Lastenmaa and Snowpark.
Address: Ojaniityntie 3, 45200 Kouvola. The drive from Helsinki to Kouvola is about 130 kilometers.

The location of some ski resorts is marked on the map of Finland.

Koli Ski Resort is located in Koli National Park in North Karelia, about 60 kilometers north of Joensuu City. Ukko-Koli offers a slope of varying difficulty and for children too. The longest slope is 1500 meters long.
Best places to stay:

Distance from Helsinki: 480 kilometers (along Highway 6.)

Find the accommodation that suits you in Finland.

Laajis is a versatile ski resort on the outskirts of Jyväskylä. Laajis Ski Center is located about 4 km from Jyväskylä city center. There are things to do for both beginners and more experienced skiers. The center has 13 slopes. The longest slope reaches 910 meters.
The distance from Helsinki is about 270 kilometers.

Mustavaara Ski Center is located in North Karelia, about 20 kilometers from Joensuu City. There are four lighted slopes. The longest slope is 720 meters long. The café is open with the slopes open.

Himos is one of the largest ski resorts in Finland. It has 21 slopes. The longest slope is 950 meters long. The level of difficulty varies from children's slopes to demanding slopes. Everyone finds a slope according to their own skill level.
Distances from Himos ski resort to some cities (by car):

For accommodation we recommend:

The location of the ski resort can be seen on the map.

Häkärinteet is a ski resort in Hankasalmi, Central Finland. The ski center has 13 slopes and 5 lifts. The longest slope is 800 meters long.
The distance from Jyväskylä is about 50 kilometers, from Helsinki - 260 km.
Accommodation: Häkärinteet cottages, Findomik Cottages.

Tahko is the largest ski resort in Central Finland and a year-round tourist center. Tahko has 24 slopes (11 of which are illuminated). The longest slope is 1200 meters long. Maximum height difference is 200 meters. Tahko is located about 60 kilometers northeast of the center of Kuopio. The distance from Helsinki is about 400 kilometers. (Kuopio Airport is about 45 km away)
Accommodation in Tahko: Villa Cheers, Villa Puolukka, Villa Ozero, Break Sokos Hotel Tahko, Tahko Spa Hotel.

Finland's highest and longest slopes are in the northern part of the country, Lapland. The ski season in Northern Finland is also longer than in Southern Finland.

Ruka is the second largest ski resort in Finland. The length of skiing season is usually more than 200 days a year. The skiing season usually begins in October and lasts until May. Ruka has 35 ski slopes and 22 ski lifts. Slopes can be found from very easy children’s slopes to slopes for experienced skiers. There are also plenty of trails for cross-country skiers in Kuusamo.
Ruka Winter Sports Center is located about 25 km north of Kuusamo. The drive from Helsinki to Ruka is about 800 kilometers. The distance from Oulu is about 250 kilometers. Ruka is located about 25 km from Kuusamo Airport. Flight time from Helsinki to Kuusamo is about 1-1.5 h.
Accommodation. Scandic Rukahovi and Ruka Peak hotels are located right on the slopes. There are plenty of rental cottages and holiday homes in the Ruka area. Holidaymakers recommend, for example: Rukanhelmi Cottage, Keloruka Cottage, Villa Kelo, RukanKelo.
Choose the cottage that suits you best and book conveniently online.

Levi is the largest winter sports center in Lapland and in Finland. It is located about 170 kilometers north of Rovaniemi. Levi has 43 ski slopes, 17 of which are floodlit. Levi offers cross-country skiing, snowmobiling and dog sledding. Maximum altitude difference: 325 meters. Longest slope length: 2500 meters. The distance to the center of Kittilä is about 17 kilometers. Kittilä Airport is located about 14 kilometers south of Levi. The nearest train station is in Kolari (about 80 kilometers).
Levi has a wide range of accommodation options.
Accommodation: Levi Hotel Spa, Levi President villa, Villa Levinkajo, LeviRoyal Etakakka Villa.

Ylläs is the largest ski resort in Lapland. Ylläs also has the longest slope in Finland. The ski season usually runs from November to May.
Yllästunturi has two ski centers. Sport Resort Ylläs is located on the south side of the hill on the Ylläsjärvi side and Ylläs-Ski on the north side (Äkäslompolo side). The same ticket gives access to the slopes on both sides of the hill.
Ylläs has 63 slopes, of which 34. The longest slope is about 3 kilometers long. Ylläs also has more than 300 kilometers of trails for cross-country skiers.

Ylläs ski resort is located in the municipality of Kolari in western Lapland, 175 kilometers north of Rovaniemi. The nearest airport is located in Kittilä and the train station in Kolari.
Distances

Kittila Airport is about half hour drive from Ylläs.

Pyhä is a versatile ski resort located on Pyhätunturi, in Pyhä-Luosto National Park.
There are 3 black, 3 red, 7 blue, 1 green, 1 children's slopes on the slopes of the ski resort.
The longest slope is 1800 meters long. Maximum height difference: 280 m. Huttu-Ukko is the steepest slope of Pyhä. There are seven free-fall areas in the vicinity of Pyhätunturi and in the national park. There are also more than 150 kilometers of cross-country ski trails in Pyhä-Luosto National Park.
Pyhä Ski Center is located about 50 kilometers north of Lake Kemijärvi. The distance from Rovaniemi Airport is about 120 km.
Accommodation (good Customer Reviews): Ski-Inn Pyhätunturi Hotel, Pyhä Igloos, Parkside Pyhä, Lapland Villa, Chalet Margeth Vacation Rental.

Saariselkä is the northernmost ski resort in Europe. The ski center is built on the slopes of two adjacent hills.
The ski resort has a total of 15 slopes, 10 of which are floodlit. There are slopes for everyone, beginners, intermediate and experienced skiers. There are also 180 kilometers of trails in the area.
The Saariselkä ski season usually lasts from November to May. (But sometimes Saariselkä was open even in June.) The nearest airport in Saariselkä is Ivalo Airport.
Accommodation in Saariselkä is easy to find online. For example: Holiday Club Saariselkä, TOP Star Saariselkä, Northern Lights Village, Villas Karhunpesä.

Where is the oldest ski resort in Finland? Maybe Salla? Salla has been skiing since the Stone Age. The world's oldest ski has been found in the area. The Finnish Ski Resort Association has chosen Salla as the ski resort of the year 2021.

Salla Ski Resort has slopes for skiers of all levels and ages.
Salla slopes: slopes - 15, illuminated slopes - 11, snow - covered slopes 15.
The longest slope is 1300 meters long. The maximum height difference is 230 meters.
There are also 160 kilometers of cross-country trails in the area (42 kilometers are illuminated).

The peaks of Sallatunturi were formerly known as Iso Pyhätunturi and Pieni Pyhätunturi. Since 2010, they have been called Salatunturi.
The drive to Pyhätunturi Ski Center is about 120 km long.

Skiers will appreciate the first-class well-groomed slopes, homely service and the unique atmosphere of Salla.

The ski resort is located in the eastern part of Lapland, close to the Russian border. Address: Salla Ski Resort, Revontulentie 7, 98900 Salla.

Find out more about Finland here before traveling to Finland.