Staraya Ladoga (Старая Ладога) is a small village in the Leningrad Region. This place can be considered one of the historical sights of Russia and therefore it can be recommended to visit all those interested in the history of Russia and travel lovers who are in St. Petersburg. If you are driving along the Kola highway (Petersburg - Murmansk), turn slightly aside and visit Staraya Ladoga.

On the photo: View of the fortress from the side of the monument.

If you want to go around Lake Ladoga by car, your path will go past this place. Turn off the highway and visit these historic sites.

What is Staraya Ladoga famous for?

There are: the Old Ladoga fortress, two monasteries, the grave of Prince Oleg. The Volkhov River is also a natural landmark of Staraya Ladoga.

(Prince Rurik is the founder of the dynasty that ruled Russia until 1610.
Oleg of Novgorod (Oleg the Prophet) ruled part of the Rus' people during the late 9th and early 10th centuries.)

Let the historians argue over which is true and which is wrong. This does not diminish the attractiveness of Staraya Ladoga. (Information posted on this page is taken from various sources, Wikipedia, travel guides and eyewitness accounts.)

On the banks of the Volkhov River, you will see a monument to the princes Rurik and Oleg, which was opened in 2015 (sculptor O. Shorov). There is a restaurant and a coffee and pastry kiosk opposite the monument. (2020) 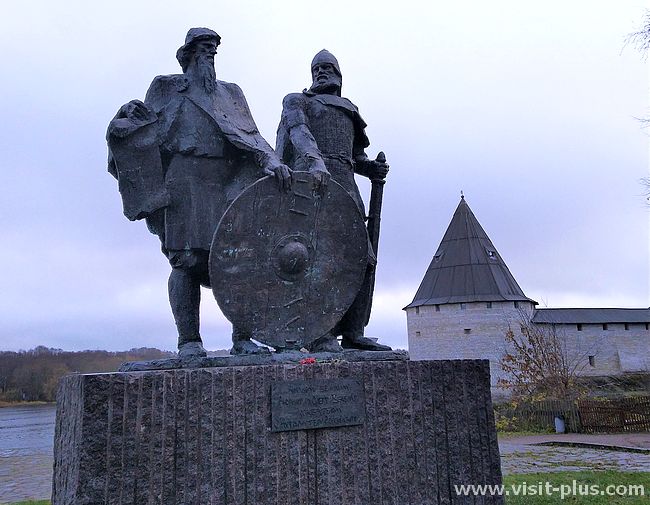 Old Ladoga fortress. The first fortress on this site was founded by Prince Rurik in 862. During the reign of Oleg of Novgorod (at the turn of the 9th-10th centuries), a stone fortress was built on the site of wooden fortifications. The modern building is probably very different from those buildings. (The entrance to the territory of the fortress is paid.)

Oleg's grave. The mound, under which the Oleg of Novgorod (Prophetic Oleg) could have been buried, is located next to the road, about 2 kilometers before the Staroladozhskaya fortress.
Prince Oleg is a significant person in the history of Ancient Rus. Oleg was Prince of Novgorod since 879 and Grand Duke of Kiev since 882 (after Rurik).

Old Ladoga Nikolsky Monastery. The monastery is located on the banks of the Volkhov River, about 600 meters from the Staraya Ladoga Fortress. It is dedicated to St. Nicholas. It is believed to have been founded by Alexander Nevsky, probably in 1241. 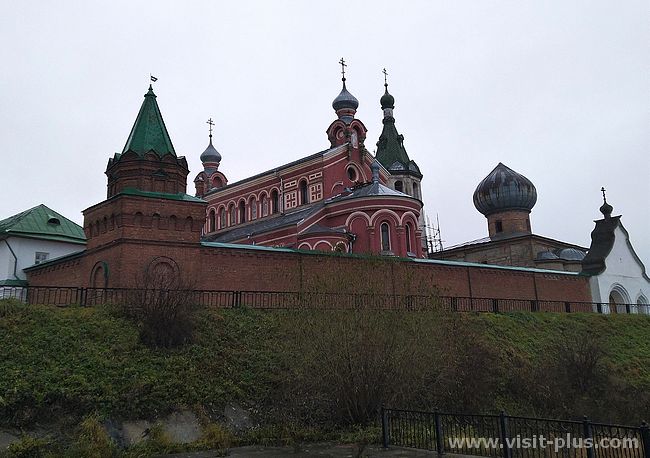 The Old Ladoga Assumption Nunnery/Monastery. The monastery is located on the banks of the river, at a distance of about 600 meters before reaching the fortress. It is believed that the monastery was founded in 1156.

How to get to Staraya Ladoga

Perhaps it will be more convenient for you to buy a guided tour? You can find suggestions for tours here.

You can come to Staraya Ladoga for more than one day, and spend a weekend or part of your vacation here. The hotel "Staraya Ladoga" is located in the very center. There are cottages for rent nearby. There are also tourist centers and vacation homes near the shores of Lake Ladoga.

You can book a place to stay in Staraya Ladoga online.