Valaam Island is a popular tourist destination. Valaam Island was visited in different years, for example, by:
Emperors Alexander I and Alexander II.
Artists I. I. Shishkin, A. and I. Kuindzhi.
Writers N. S. Leskov, F. I. Tyutchev and Alexander Dumas-father.
Composers P.I.Tchaikovsky and A.K. Glazunov.
Scientists M. N. Miklouho-Maclay and D. I. Mendeleev. 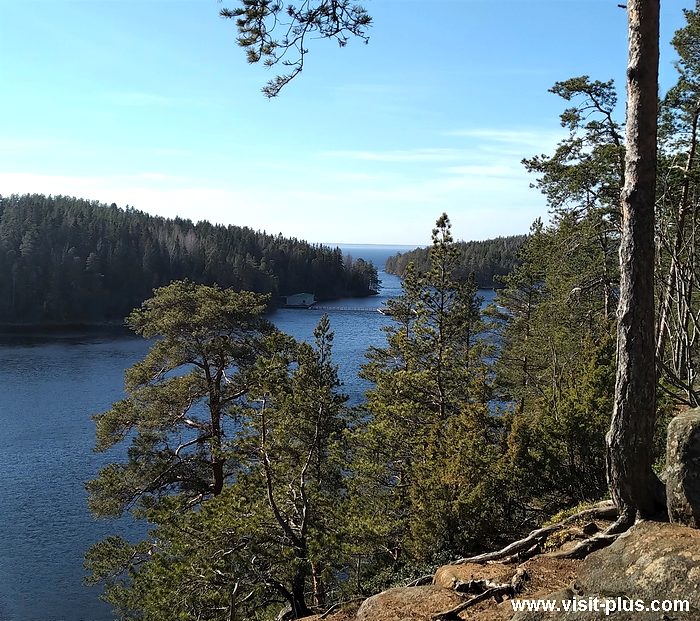 In the photo: one of the beautiful bays on the Valaam island.

Valaam Island is located in the northern part of Lake Ladoga and administratively belongs to Karelia (region of Russia). Valaam is one of the islands and the largest island in the Valaam archipelago. The island is 9.6 km long and 7.8 km wide. Anyone who travels a lot in North-West Russia sooner or later has an idea to visit Valaam.

Tourists to Valaam are attracted by:
The opportunity to enjoy the unique nature of this island, see Lake Ladoga, low, granite Karelian rocks, forest, lakes.
Opportunity to visit the Valaam Monastery. (For some, it is a sight, but for others, holy places.)
The cruise ship trip itself is also a great pleasure.

Where is Valaam Island located

The distance from Valaam to the nearest coast is about 22 kilometers. The distance (in a straight line) to the city of Sortavala (Karelia) is 37 kilometers, to Priozersk (Leningrad Oblast region) - 55 kilometers, to St. Petersburg - 150 km (220 kilometers by motor ship along the Neva River and Lake Ladoga).

In winter, Lake Ladoga is covered with ice, so motor ships go to Valaam only in the summer season, from about May to October. (Getting to Valaam in winter is difficult, only by helicopter or hovercraft, but this is not for ordinary tourists.) The best time to take a cruise to Valaam is the white nights season, from about the end of May to mid-July.

In the photo: A cruise ship at the pier on the island of Valaam.

Travel time:
The trip by hydrofoil to Valaam from Sortavala takes about 50 minutes, from Priozersk about 1 hour 15 minutes.
The journey on an ordinary, slow-moving motor ship will take much longer, 3.5 hours or more.

How to get there

The pier in Priozersk is located on the outskirts of the city, at a distance of about 5 km from the railway station. Distance from the Korela fortress - 4 kilometers. During summer navigation, the Valaam motor ship departs from the pier in Priozersk usually around 9:30 am, and hydrofoils at around 11:00 (2021).

The river station in St. Petersburg is located in the southern part of the city, on the banks of the Neva River. Cruise companies usually take their passengers by bus from the nearest metro station. 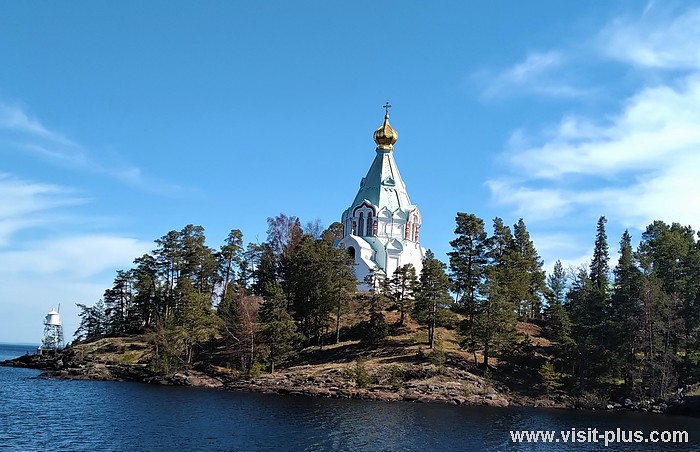 In the photo: one of the sketes on Valaam.

Cruise ships moor in Bolshaya Nikonovskaya Bay on Valaam. The way to the monastery is about 7 kilometers on foot. Therefore, in order not to waste time and energy, it is better to go to the monastery on a small transfer boat. In addition, the ship offers a wonderful view of the shores of Valaam Island and Lake Ladoga.

Hydrofoils (Meteor) and small motor ships come directly to the monastery, to the Monastyrskaya Bay.

The most convenient option is to buy a cruise. There are options with departure from St. Petersburg and from Moscow. There are short cruises with only one place in the program - Valaam. There are also longer routes, with a visit to, for example, the island of Kizhi, the villages of Staraya Ladoga or Mandrogi and other routes.

Another option is to buy a guided tour. The route usually includes a bus transfer from St. Petersburg to Priozersk, a hydrofoil from Priozersk to Valaam and back, an excursion to Valaam and (possibly) a visit to the Korela fortress in Priozersk.

The next option is to get to the pier in Priozersk or Sortavala on your own (by bus or train or not by your own car), buy a ticket for a motor ship to Valaam. (Tourists are usually sold not a ticket, but a guided tour, which includes round-trip tickets and a tour of the island.)

Pilgrims traveling to holy places can contact the pilgrimage service of the Valaam Monastery for help in organizing a trip.

(There are reports that in Priozersk and Sortavala you can hire a boat to get to the island, but we have no reliable information on this topic.) 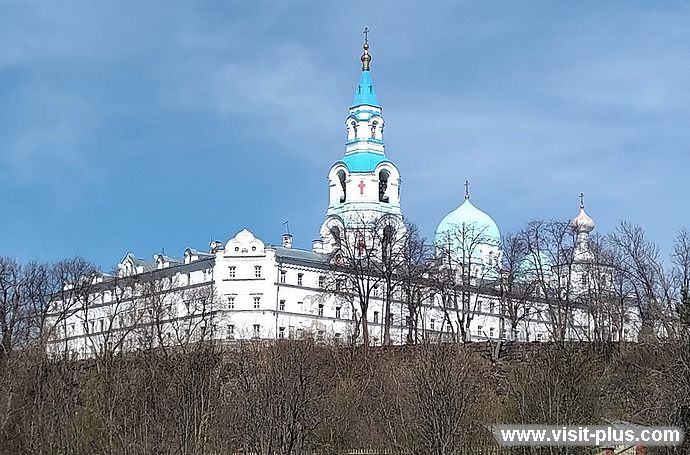 View of the central estate of the monastery from the pier.

About the island and about the monastery

The central estate of the Valaam Monastery is located in the Monastery Bay. It is visited by all tourists and pilgrims arriving on the island. In addition to the central mansion near the monastery, in many places on the islands there are small "branches" of Sketes. Tourists usually visit several hermitages during their trip.

The monastery also has its own agricultural farm where you can buy food, such as cheese.

The International Festival of Orthodox singing "Enlightener" is held on the island at the end of July.

There are many walking paths in the forest on the island. Walking along the paths, you will see very beautiful places. 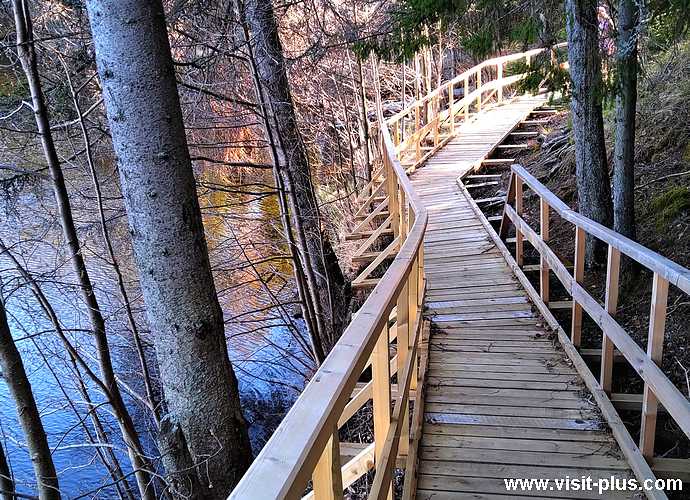 In the photo: hiking trails on Valaam.

There is still a village on the island, but the locals are gradually leaving it. Voluntarily or not? Ask them yourself. Most likely, the most persistent will not be able to stay on the island for a long time.

You may be interested: a cruise to the island of Valaam - see the blog.