Russian tourists faced unpleasant surprises at the Finnish border, returning from Finland to Russia. Citizens of Russia are not allowed to bring cash euros to Russia from Finland. Finnish customs forces travelers to leave cash euro banknotes in Finland. Traveling to Russia with EU currency is not allowed. (This does not apply to EU citizens.) Russian tourists did not expect this.

This money is not confiscated. It seems to remain in temporary storage at customs. But for many tourists, this can be tantamount to confiscation in practice.

It turned out that according to the existing rules, "the export of banknotes of the official EU currency to Russia is prohibited." Russian tourists were not ready for this.

Russian media report several cases of money withdrawal. (There are not many such cases yet.) Not every car and not every tourist is checked yet. But it is possible that there will be more such cases.

Yuri from St. Petersburg was recently returning from Belgrade to St. Petersburg via Helsinki. He had 1,390 euros unspent. At the Finnish customs, he was told that he could not take the euro to Russia. He had to leave the money for safekeeping at customs. He will be able to receive his money when entering Finland through the same point next time. (If that ever happens.)

Another case. The family was returning from Finland to Russia and they had 400 euros left in cash. They had to return to Lappeenranta and spend this money in shops.

The problem is exacerbated by the fact that the cards of Russian banks do not work in Finland. Russians are forced to take cash with them, but they cannot return to Russia with this money.

This practice concerns not only money, but also some goods. For example, tourists reported that they were not allowed to bring engine oil for their personal car at the Finnish border.

Russian tourists understand why this is happening. It is clear why they do not want to see them in Finland. But can such actions be considered fair? (When you are not allowed to return to your homeland with your money.) Most likely, guests from Russia will soon be a rare occurrence in Finland, and the problem will disappear.

As of September 2 (2022), there were no more new reports of the detention of currency at the Russian-Finnish border. Perhaps these were just a few cases that will not happen again. Or vice versa, such cases will occur more often. Time will tell.

In the near future, the number of Russian tourists will inevitably decrease in Europe. European countries complicate the process of obtaining visas, their cost, and also create other obstacles for tourists. Most likely, the majority of ordinary Russians will prefer (will be forced) to refuse trips to Europe. It can be assumed that the countries of Europe will be available for visiting only for a narrow circle of wealthy travelers. Will it be good?

Polls show that approximately 70% of Russians have never traveled abroad. For most Russians (with the exception of residents of Moscow and St. Petersburg), obtaining visas and transport has always been difficult and expensive. 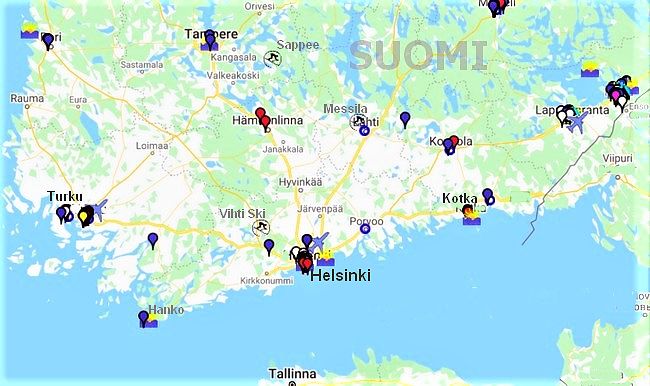