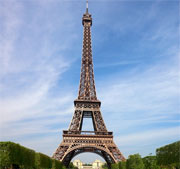 Paris is one of the most visited city in the world. World’s most visited tourist attraction and museum are also located here. If you have not been to Paris yet, you certainly should plan a trip to this famous city. Visit-Plus provides a lot of useful information for travelers about places to visit in Paris.

What attracts millions of people to Paris? It is impossible, to give a simple answer to this question. Different people have their preferences, interests and desires. Everyone finds something interesting for themselves: attractions, cultural events, museums, theaters, entertainment or shopping. We hope that our website will help you prepare for your holiday travel.

France have played an important role in the world and Europe for centuries. It has influenced the development of many countries and nations, and also was influenced by different cultures itself. For centuries Paris was one of the most powerful centers of art, science, economy and education. Paris remains one of the most interesting cities in the world now. If you are interested in culture, history, art, music, shopping, fashion, theatre, you can find a lot of interesting in Paris for yourself.

The most popular places to visit in Paris 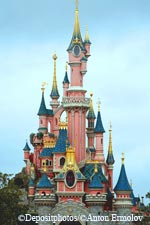 Paris is one of the most popular cities among tourists from different countries. There are many interesting places in the city. It can be said that Paris itself is single big attraction. You can find information about some of the most popular places to see on our website.

👉 You can buy tickets to some popular attractions online here.

The Louvre (Musée du Louvre). Louvre is one of the most famous art museums in the world. The museum is located in the heart of Paris, on the right bank of the Seine River, in the 1st district of the capital of France. There are three entrances in the museum: the main entrance at the pyramid, an entrance from the “Carrousel du Louvre” underground shopping mall and an entrance at the “Porte des Lions” (near the western end of the Denon wing). The Louvre is the world's most visited museum, and received more than 9.7 million visitors in 2012.
The nearest metro stations: “Palais Royal – Musée du Louvre”, “Louvre-Rivoli”.

Find the “Louvre” location of the map of Paris.

Versailles. The Versailles palace and park (Parc et château de Versailles) is the former residence of French kings at Versailles. It is grate popular museum now. Versailles is located in suburb of Paris, at a distance about 20 kilometers to southwest of the Paris center.
Find the “Versailles” location of the Paris map.

National museum for modern art of France. The national museum for modern art of France (Musée National d'Art Moderne). It is located in the Pompidou Centre, in the 4th arrondissement of Paris. The museum has the second largest collection of modern and contemporary art in the world, after the New York Museum of Modern Art. The works displayed in the museum often change in order to show to the public the variety and depth of the collection.
“Georges-Pompidou” Centre (Pompidou Centre) is a building in the Beaubourg area of the 4th arrondissement of Paris. It houses the “Paris Museum of Modern Art”, public Information library (Bibliothèque publique d'information) and a centre for music and acoustic research (IRCAM). Several major exhibitions are organized each year.
The nearest metro stations: Rambuteau, Les Halles.
Address: Centre Pompidou, place Georges Pompidou, 75004 Paris and Centre Pompidou-Metz, Human Rights square, 57000 Metz.

National Museum of Natural History. The National Museum of Natural History (Muséum national d'histoire naturelle, MNHN) comprises 14 sites throughout France. Four parts of the museum are located in Paris, including the original location at the royal botanical garden, the Jardin des Plantes, which remains one of the seven departments of MNHN. The galleries open to the public are: the “Cabinet d’Histoire du Jardin des Plantes in the Hôtel de Magny”, the “Gallery of Mineralogy and Geology”, the “Gallery of Palaeontology and Comparative Anatomy”, and the “Grand Gallery of Evolution” (Grande galerie de l'évolution).
Address: 57 Rue Cuvier, Paris, France.
The nearest metro station: Jussieu.

The “Paris Opera” theater. It is most famous theater in Paris. Each year, the Opéra presents about 380 performances of opera, ballet and other concerts, to a total audience of about 800,000 people (of which 17% come from abroad). The Paris Opera (Opéra de Paris) has two venues.

“Moulin Rouge” cabaret. Moulin Rouge (Red Mill) is a cabaret in Paris, France. It was founded in 1889. Today, the Moulin Rouge is a tourist attraction, offering musical dance entertainment for visitors from around the world.
Address: 82, boulevard de Clichy, Paris, France.

Paris is served by three international airports: Paris-Charles de Gaulle, Paris-Orly and Beauvais-Tillé. Paris-Le Bourget is the oldest Paris airport, but it is used only for private business flights and air shows now.

Travelers can get to Paris from airport by RER B trains (Regional-Express services), by bus or by taxi. Journey time is approximately 30 minutes. There is also train station in airport. TGV high-speed trains departs to most major cities in France, as well as in Brussels.
Get more information about Charles de Gaulle airport.

Paris Orly Airport is located about 13 kilometers (8,1 miles) south of Paris. It is the busiest French airport for domestic traffic and the second busiest French airport in passenger traffic.
Orly Airport is connected to the RER B train line (Antony station) by the Orlyval automatic shuttle.
T7 tram connects the south terminal to Paris Metro Line 7 (Villejuif – Louis Aragon station).
A shuttle bus connects Orly Airport to the RER C line (Pont de Rungis – Aéroport d'Orly station).
There are also bus routes connecting the airport and some places in Paris.

Beauvais–Tillé Airport (Paris-Beauvais) is an international airport near the city of Beauvais 85 kilometers (53 mi) north-northwest of Paris.
Passengers can get to Paris by bus or taxi from the airport.

You can book a transfer (taxi) from Paris airport in advance, online.

Railway transport allows you get from Paris to other French cities and to neighboring countries. Trip by train to Brussels, London or Amsterdam should take only a few hours.

There are seven railway stations in Paris.

Station Bercy. Bercy station is located in the twelfth municipal district of the city, near the Gare de Lyon station. From the railway station trains carrying cars, as well as the following night trains to Italy.

Gare d'Austerlitz. Station is located in the southern part of Paris, in the 13th municipality. From the railway station go trains to the south direction, including the cities Orleans, Tours, Madrid, Lisbon. Address: 55 quai D'Austerlitz, Paris.

Gare Montparnasse. From this station go trains to the west and south-west of France, including the cities Bordeaux, Nantes and Rennes. There are also trains to Brittany and western France (TGV). Nearest Metro stations: Montparnasse - Bienvenüe, Pasteur. Address: 17, Boulevard de Vaugirard, 14 and 15 arrondissements, Paris.

It may also be useful for you: the tourist map of Paris.

Places to stay in Paris

Paris offers a wide range of hotels and apartments with different comfort and price levels. There are both cheap hotels and hostels for budget travelers and luxury hotels for wealthy tourists.

Convenience for tourists depends on the hotel location. The best places for tourists to stay are in the 1st, 2nd, 3rd, 4th and 8th arrondissements of Paris. Many popular with tourist sights will be located near your place of residence (within walking distance) if you choose a hotel in one of these districts (or rent an apartment).

Located next to the Champs Elysées hotels can be considered the most convenient for travelers (in most cases). Many luxury hotels are also located here.

Read more about places to stay in Paris.

Useful links for those who are planning a trip to Paris: